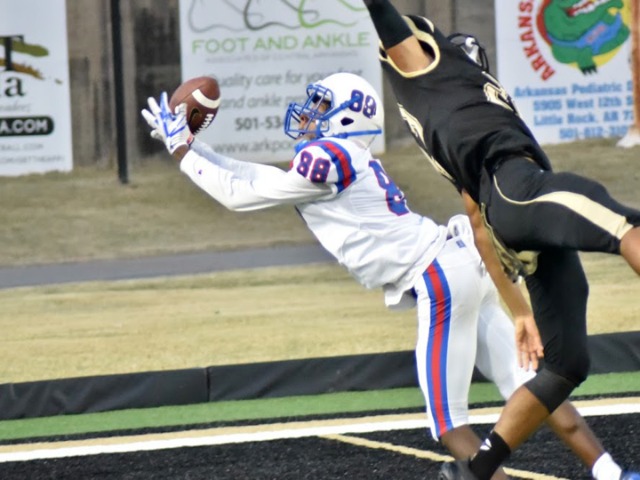 With a 1-1 record heading into Friday night's game at Wynne, Elmore said his Blue Devils' biological clocks may be off, considering the team had a 17-day layoff after a very early-season-opening game Aug. 27.

"It almost feels like Week 2 for us with that long break," said Elmore. "We've got to do a better job if we're going to have that long a break between games in getting the team ready. The improvements that teams make between Week 1 and Week 2 will hopefully hold true for us this week."

Wynne also comes in 1-1 with a season-opening victory at Marion and a 51-31 loss last week at Arkadelphia. The Blue Devils will serve as the Yellowjackets' home opener.

"And thus far we haven't show we can do that," Elmore added. "Defending the option will be a challenge in itself."

There won't be any carryover effect either. The Blue Devils won't play another option team until the final week of the regular season at Mountain Home.

"We've got to do a better job of tackling," said Elmore. "There were a number of things defensively we didn't do well last week."

The Blue Devil defense gave up 109 yards on the ground in the first half last week against Blytheville, but it rallied to hold the Chicks to just 23 yards rushing in the second half.

"We need to be better securing our gaps because we try to be a gap-sound defense," Elmore commented. "It wasn't a good thing, but we went to zero coverage. We went to man coverage and put an extra man in the box. That's one thing teams have had to do against us in the past and we've never had to do that."

Wynne will present a different challenge to the West Memphis defense.

"I love trying to defend the option, if you play it well," Elmore admitted. "If you don't play it well, it can make for a long night."

But the team suffered an injury to back-up sophomore quarterback Tevin Carter, whose knee cap popped out of place in his only series of the night. He was helped off the field after it snapped back into place, but he is listed as questionable for the game at Wynne.

This week, McConnell's back-up figures to be senior Eric Burks, who has shown aptitude in running Elmore's spread offense last spring and during summer competition.

Friday night's game will also mark the launch of the Blue Devil Sports Network, which will stream the game online using a student-led staff.