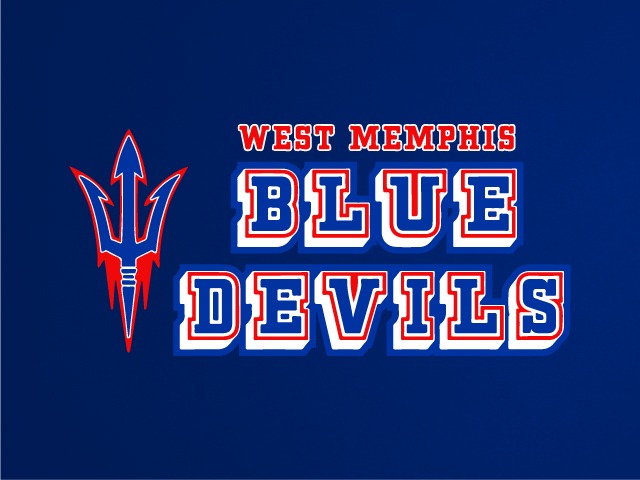 Happy Valentine's Day to one and all!!

Nothing would be sweeter on the day that flows with chocolate than for the West Memphis Lady Devils to knock off Nettleton tonight at Lehr Arena.

It's the biggest game of the season for both teams, who are tied for first place in the 5A-East Conference standings. But it seems bigger for West Memphis.

Because Nettleton expected to be in this position.

And maybe inside their own camp, the Lady Devils expected it. But not many people thought the Lady Devils (19-4 overall, 8-1 in the conference) would be tied for first with the team that is the hands-down favorite to win the 5A state championship.

West Memphis head coach Shelia Burns, still affected by the brain aneurysm she suffered last year, forcing her to miss the entire season, has done a tremendous job in piloting the ship this season. Burns' competitive fire has not suffered one bit since the incident.

This has to be one of her finest coaching seasons ever. Her players have responded to her pleas for effort on the court. Hats off to the winningest coach in school history!!

For the Lady Devils to defeat Nettleton tonight, they must contain senior guard Elauna Eaton, who torched West Memphis for 31 points last month in a 67-46 win at Nettleton. Eaton gets her points in slash fashion, which makes it doubly tough to defend her.

Keeping the ball out of her hands in the backcourt is probably the most efficient way to slow the University of Arkansas signee. Looking back at last month's game, Eaton was quieted through the first quarter, and consequently the Lady Raiders led only 13-12 after the first eight minutes.

However, Eaton's teammates simply gave her the ball to start the second quarter and then got out of her way as the lefty-shooting guard scored the first 11 points and it led to Nettleton taking a commanding 29-14 halftime lead.

As big as this game is tonight for the Lady Devils, it will in no way totally decide the conference championship. West Memphis' girls still have tough dates left at Jonesboro next Tuesday and at home against Mountain Home on Feb. 28.

The Lady Devils will need a pair of efficient games from their dynamic backcourt duo of senior Aryah Hazley and freshman Janiya Tucker. But they're also going to need some production from the low post from Tiera Bradley and Terika Inmon.

On the boys side, the Blue Devils escaped a trap game on Tuesday night in Searcy as the Lions' Freddy Hicks scored a game-high 33 points in a 59-54 losing cause to West Memphis.

Head coach Marcus Brown's team should have zero problems with Nettleton (5-15, 2-7), whom it crushed 71-41 last month in Jonesboro.

The Blue Devils' biggest game the rest of the season will be Tuesday night at Jonesboro, whom they defeated just 47-43 last month at Lehr Arena. Jonesboro remains a game behind the Blue Devils in the conference standings.

A win, however, over West Memphis by more than 4 points would give the Hurricane the tie-breaker.